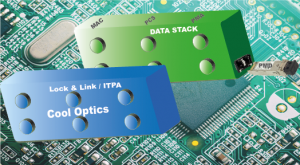 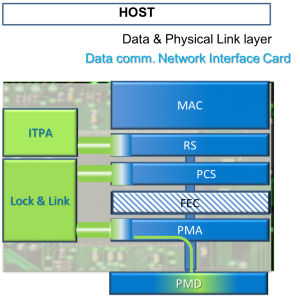 Key conditions for useful application of Lock & LinkTM  technology are:

Key element in  the Lock & LinkTM technology is to really start and stop the protocol during idle periods. With present technologies, such as Fast Wake and Deep Sleep, (see Clause 78 in the Ethernet 802.3 standards,) the problem is that starting and stopping of the network takes 300 nsec up to 3000 nsec. These are unacceptable delays in a state-of-the-art network application where high performance is required.  Potential savings will vary with the startup/switchdown time of the on/off protocol. See graph below.

(In normal datacenter operations, the link load is between 1 and 10 %.)

Re-synchronization is the reason that the known Energy Efficient Ethernet protocols such as Fast Wake and Deep Sleep, take relatively much time.